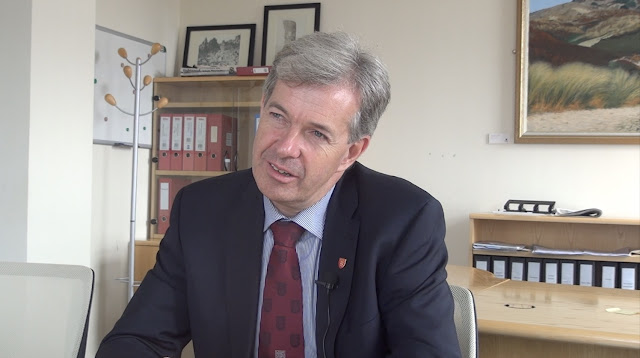 Since Chief Minister, Senator John Le Fondre, was elected earlier this year, VFC has been trying to secure an interview with him. Because of logistics it was not able to happen until a couple of days ago. (Tues 11 Set 2018). This is the first in-depth video interview he has given since his election.

The Chief Minister had generously put aside 45 minutes (of his very busy schedule) for our interview. Unfortunately because the States meeting, on Tuesday, ran over time in the morning, his schedule was a little put out but was still able to afford us 20 minutes for the (two part) interview and for that we are grateful.

As the interview was conducted during the States meeting lunch break it was not known at this stage that the current Bailiff WILLIAM BAILHACHE was to announce his retirement. However as we are committed to seeing the recommendations of the Independent Jersey Care Inquiry (IJCI) implemented, we did quiz him about RECOMMENDATION 7 which deals with "The Jersey Way" and the position of Bailiff. 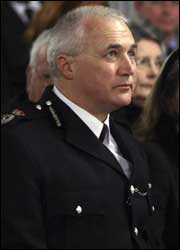 We also asked the Chief Minister, among much more, if he was going to right some of the wrongs of the past concerning the (possibly illegal) suspension of the former Police Chief Graham Power QPM. His response wasn't as positive as we would have liked but we believe/hope he is as good as his word and will look into it and then do the right thing.

We thank the Chief Minister for his support of Citizens Media and of our Blog (more in part two of interview).


Posted by voiceforchildren at 07:49