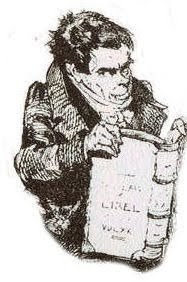 
This Saturday 28th September 2019 marks the 250th Anniversary of the day a man called Tom Gruchy and a few hundred islanders overthrew the corrupt Royal Court in what has since been labelled (by the Establishment and Old Media) "The Corn Riots."

Two years ago VFC interviewed local Blogger, historian, and Human Rights Campaigner Mike Dun HERE. We discussed the events leading up to the day 28th September 1769 and it's consequences for modern day political life in Jersey and much more. Mike Dun's own BLOGSITE is a dedication to Tom Gruchy.

In 2012 former Deputy Trevor Pitman brought a proposition to the States, which was passed, and as we wrote back in 2017 (above link): "Unfortunately the government has not honoured its commitment to celebrate this historic event and appears to have buried this uncomfortable part of Jersey's history. (sound FAMILIAR)?"

As this is the 250th Anniversary of the storming of the corrupt Royal Court, the government has been forced (7 years after former Deputy Trevor Pitman's proposition was passed) to publicly recognise the day. According to the CROWD FUND set up by Assistant Economic Development Minister, Deputy Montfort Tadier:

"Live music and historical talks will be taking place in Royal Square between 11:30am -4pm on Saturday 28th September, but we need your help to make it a success."

It seems there isn't a spare £500 laying around to put this event on. At time of publication of this Blog Posting only £10 (from two donations) had been accrued. It is clear the Establishment don't want the Jersey public to know the true history of September 28 1769 and we argue that there shouldn't even be a crowd funding page. Indeed it was the corrupt Bailiffs' Office (of the time) who were responsible for the events of that date and we believe (as mentioned in the interview below) that the Bailiff's Office could, or should, be funding the events of this coming Saturday. We know that won't be happening so if anyone feels they are able to donate a few quid then please do.

We encourage readers to watch the interview in its entirety as it is extremely informative and a history lesson that you won't be getting in schools (as agreed in Deputy Pitman's proposition) and won't be reading/hearing about in the local Old Media. It's a version of history those in power (Crown Offices'/Old Media) would rather keep quiet.

Posted by voiceforchildren at 16:07