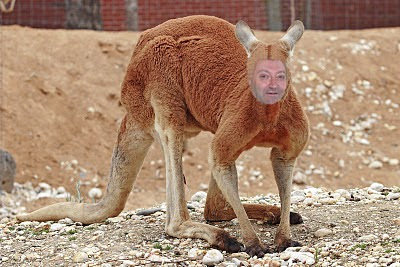 Senator Le Marquand has now set about telling the world of the prosecution case against our most Senior Police Officer Graham Power QPM. He is doing this using the “redacted” Wiltshire Report that was intended for disciplinary purposes. Had there been any disciplinary action our most Senior Police Officer would have been entitled to defend himself. So although the “redacted” Wiltshire was meant for disciplinary action, Ian Le Marquand is using it for something completely different, and what he is using it for is to “nail” Graham Power (in my opinion).

However I have been attempting to be granted a position at today’s Press Conference held by Senator Le Marquand, so I would be able to put some well researched questions to him and offer him the opportunity to show that he is not conducting a Kangaroo Court. He, and others, have refused Citizens Media a place at the Press Conference under the guise that if he let me in, he might have to let “hundreds” of Bloggers in……HUNDREDS? Yeah I know, but that’s the best he could come up with.

So today, myself and a couple of Team Voice members went down to the Royal Square to see if we could get a word with any of our “representatives” as they went in for their presentation of Ian Le Marquand’s Kangaroo Court, but nobody wanted to talk.

Unsurprisingly, Deputy James Reed the Minister for Education Sport and Culture was the first to refuse a word with Citizens Media. Perhaps he thought I was going to ask him questions about the Senior Civil Servant at his department who remains and remained in place while he was under investigation for Child Abuse?

We then went down to the Cyril Le Marquand House where the Press Conference was to be held, and if Ian Le Marquand could see there wasn’t “hundreds” of Bloggers wanting to go in he might allow me in? Nope selected, or could that be “selective” media only were allowed in.

Thanks to WebGuru and agent 49 for their pictures.

Submitted by VFC.
Posted by voiceforchildren at 15:13