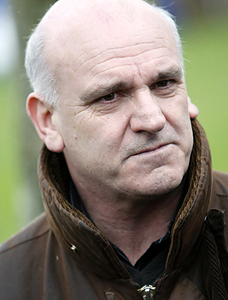 Former Jersey Deputy Police Chief Officer Lenny Harper has given VFC a comprehensive, in-depth and exclusive interview covering many subjects involving his time in Jersey. The subjects cover such things as his alleged “lavish” lifestyle at the taxpayers expense, the local media, his alleged £1m book deal, his alleged “vendetta” against the Jersey establishment, the “scandal” (according to Ian Le Marquand) involving an Officer of ACPO to name but a few.

In this, part 1, interview we learn a little of Mr. Harper’s long and distinguished (until he started investigating Child Abuse in Jersey) career as a Police Officer. We also discuss the part of a child’s skull that was un-earthed during the excavation of Haute de la Garenne.

The local Mainstream Media seem to be falling over themselves to mention, as often as they can, the “Coconut” every time they mention Lenny Harper - so just what “evidence” are they working on when they say it is Coconut? Well it appears there “evidence” is based on “a throw away comment.” All the scientific data, or “evidence”, suggests that it is a piece of child’s skull, but a “throw away comment”, in the world of our mainstream media overrides scientific evidence.

Mr. Harper, in this interview, also reveals that there could be up to four “Priority" Suspects employed by our States that are in positions of power/authority, will the up-coming Committee of Enquiry expose these people and have them brought to justice?

Posted by voiceforchildren at 08:20 76 comments: 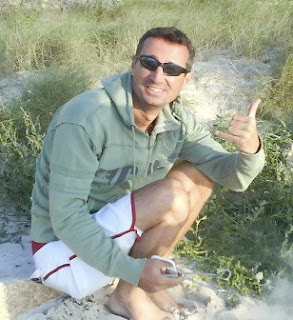 In this part 2, and concluding interview (for now) with fellow Jersey Blogger Rico Sorda he tells us about his relationship with the Home Affairs Minister Senator Ian Le Marquand. 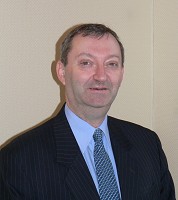 He explains how he once believed the Senator could be the next Chief Minister. Mr. Sorda goes onto explain just what he, and many others, believe the Home Affairs Minister has been allowed to get away with in relation to Senator Le Marquand's handling of the Wiltshire Report and allegations concerning former Chief Police Officer Graham Power QPM, and much more..........

Part one of this interview can be seen HERE

Fellow Jersey Blogger Rico Sorda has now been Blogging for a year. To mark his first anniversary he, very bravely, decided to go on camera, put a face to a name, and explain why he feels it necessary to Blog here in Jersey where our government, it is believed by many, rules by a Culture of Fear. Those who have attempted to investigate, or expose, the truth behind Child Abuse, or the cover up of it, have seen their reputations and careers trashed by those in power who are not so keen for the truth to be told.
Despite receiving “hate mail” and “racial abuse” from people determined to intimidate him into silence, defiantly and courageously, Rico Sorda continues to search for the answers concerning the Child Abuse that was able to thrive in Jersey’s State run Institutions for decades.
If only one of our mainstream “journalists” showed half his courage then, as Mr. Sorda explains in this interview, there would be no need for him, or others, to be Blogging at all.
Posted by voiceforchildren at 13:01 88 comments: