Deputy Trevor Pitman delivered a speech in Jersey's Parliament on Wednesday 25th September 2013 while debating the proposition below.

For those with an interest in how Jersey is run, and who runs it, then please listen to/read Deputy Pitman's speech and you might want to ask why none of Jersey's State Media have reported on some of the subjects contained in it?

To include, according to Deputy Pitman, a child abuse victim of Haut de la Garenne being told "if he did not drop his allegations, he would be prosecuted and could end up in prison."

Possibly one of the most, "to the point" speeches made in modern times during a States session spelling out who holds the real power in Jersey, which as regular readers will be aware, is the alleged corrupt and politicised, not fit for purpose, so-called "Justice" system and its unelected, unaccountable officials.

VFC credit TJW for this recording.

2. Justice Policy and Resources: Responsibility (P.92/2013)
The States are asked to decide whether they are of opinion that, within the Executive branch of Government, the Chief Minister is responsible for justice policy and resources, as clarified in the accompanying report.

Posted by voiceforchildren at 14:49

"Jon/Jane Doe Raped Here WHO WILL SAVE US?" The piece of "graffiti" above, taken from the  wall of the south west ... 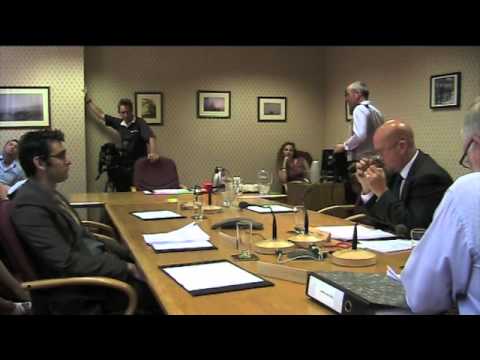