Further to our PREVIOUS POSTING where it became apparent that St Clement Deputy Susan Pinel had not submitted a single proposition/amendment to proposition/written, or oral question to the States Assembly since being elected in 2011. Yet was a serial guest (in an election year) on BBC State Radio and chosen, as a guest, to be a voice for women in politics.

Last Monday the unelected, unaccountable, Speaker of the House and Deputy Bailiff (Chief Judge) William Bailhache attempted to silence dissent by cutting questions down to four minutes rather than the agreed ten minutes (per question).

The Parliament met purposely a day early in order to accommodate question time where there were only nine oral questions submitted, none (as usual) submitted by Deputy Pinel.

If each question had of reached its maximum allotted time it would have taken ninety minutes, which is thirty minutes short of the allocated time for Oral Questions, yet William Bailhache wanted to curtail this to 36 minutes. Could this have anything to do with Diane Abbott being in the Public Gallery and some uncomfortable truths getting exposed? 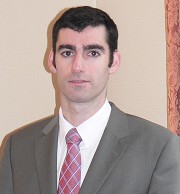 Thankfully Deputy Montfort Tadier, member of Jersey's latest Political Party REFORM JERSEY objected to this disgraceful attempt on silencing questions by the unelected unaccountable Deputy Bailiff and proposed that the full amount of allotted time, provided for by Standing Orders, be allowed. This was put to a vote (Hansard below) where Deputy Tadier's proposal was narrowly accepted twenty one in favour and twenty against.

One of those twenty politicians who wanted question time curtailed to less than 50% was the very same politician who has not submitted a single Written, or Oral, question of her own since her election in 2011 Deputy of St Clement Susan Pinel.

[14:31]
The Roll was called and the Dean led the Assembly in Prayer.

COMMUNICATIONS BY THE PRESIDING OFFICER

1.2 Welcome to His Excellency The Lieutenant Governor

Well, first, as usual, I am very pleased to welcome His Excellency the Lieutenant-Governor on behalf of you all.  [Approbation]

I am also very pleased to acknowledge in the public gallery the Right Honourable Diana Abbott, Member of Parliament for Hackney North and Stoke Newington, very welcome to watch our proceedings for as long as she can bear it. [Laughter]  [Approbation]  Members will be aware that we have a very long Order Paper.  A couple of propositions have been withdrawn or delayed, but I thought I would share some statistics with you in advance of our sitting.  We have this afternoon plus 6 days, so that is 39 hours from tomorrow, and there are 48 propositions now to be debated.  Four of them are amendments to the proposer’s proposition, so if the proposition is proposed as amended we are left with 44.  If the average time for debate of a proposition is an hour, we will be 5 hours short.  A more practical approach might be to accept that there are some controversial debates, and Members will forgive me for saying that there appears there are several potentials for that.  If we had 3 such debates, taking the best part of a day each, that would take some 19.5 hours from our bank of 39.  It would leave 20 hours for 41 propositions.  Assume for a moment, if you will bear with me, that 12 of those are straightforward and take a quarter of an hour each, that would be 3 hours from the bank and you are left with 17 hours and 29 propositions, roughly 35 minutes each.  I would suggest that obviously will not be enough.  It would suggest also, therefore, that the longer debates may have to be curtailed.  Now, there is no point today in asking why we are in this position.  The fact is that we are and the questions and the debates will need to be managed if we are going to get anywhere near finishing the business bearing in mind that the Order Paper for the next sitting looks as bad for length, if not worse, than the present one.  I think there are these consequences.  The first is this.  If possible, we should try to get through questions and one or more propositions this afternoon.  I do not, therefore, expect to allow more than 4 minutes per question.  Standing Orders say that the purpose of Question Time is to get factual answers.  Ministers should in particular please curtail their answers to giving factual responses to the questions as concisely as possible.  Questioners should focus on what information they want to extract, not on what message they want to deliver.  Secondly, Standing Orders on the content of speeches will, I hope, be strictly enforced for relevance and repetition.  Repetitive speeches are not necessary and we do not have time for irrelevant ones.  I expect to approach the debates by being reasonably accommodating with repetitive material during the first 4 speeches on each side of the debate.  Thereafter, Members can expect to be pulled up by the Chair unless they have something new to say.  I choose 4 because some lawyers have been heard to say that judges need to be told something at least 4 times [Laughter] before you can be sure that they have understood the point. Although that is quite wrong [Laughter], I will adopt that principle this week.  Thirdly, Members should ask themselves before they get up whether they have anything valuable to contribute to the debate.  Sometimes we have heard Members start with a conversational statement like: “I am not sure what I think about this proposition.”  Well, if I may say so, if you not sure, stay seated.  Almost certainly one of your colleagues will not suffer from the same self-doubt and by the time he or she has finished that speech you may be closer to knowing what you think.  Finally, almost certainly, I will cause irritation, annoyance and disquiet to Members over the course of the next 3 days while I am presiding.  Sometimes I am bound to make a wrong call or a harsh call.  I would like to apologise for that in advance and I ask Members to agree to keep their eyes fixed firmly on the wider picture in the management of this very long order of business, both for this sitting and the next one.  [Approbation]

Deputy M. Tadier of St. Brelade:
May I ask a point of procedure and possibly a point of order?  While I appreciate your direction and I also agree we need to act expediently, it seems to me, though, slightly unfair that Question Time should be penalised because at the last sitting we agreed to meet a day early to get through Question Time.  We did not agree to move Public Business to a day early. Also, given the fact that certain Members are not here who might have been wishing to partake in even some of the less important debates, I think it should be put to a vote so that the proposition should be we carry on to questions until they are finished.
[14:45]
I imagine we will still have time left over anyway, and then if there is time at the end of that we proceed with Public Business as suggested.
The Deputy Bailiff:
Well, I have given an indication of the way I propose to do it, but ultimately I am in the hands of the Assembly.  If you wish to make that proposition you can make it.  Is it seconded?  [Seconded]  I take it Members do not wish a debate on it.  Those Members in favour of adopting that ... the appel is called for.  The proposition from Deputy Tadier is that we allow, if necessary, the full amount of time provided for by Standing Orders on Question Time.
Senator P.F.C. Ozouf:
I do not understand the voting.  What are we voting on?
The Deputy Bailiff:
The proposition from Deputy Tadier is that ... you missed the earlier section.  Senator Ozouf, for your benefit I shall say that I had given an indication that I was proposing to allow 4 minutes per question in order that we could get on to the substantive propositions in good time this afternoon.
Senator P.F.C. Ozouf:
Sorry, I was here and I did listen to it.  I just did not understand the question.
The Deputy Bailiff:
Oh, I see.  The proposal from Deputy Tadier is that we allow up to the full amount of time provided for by Standing Orders for questions.

Posted by voiceforchildren at 13:13