Adrian Lynch Investigation. Questions to the States of Jersey Police. 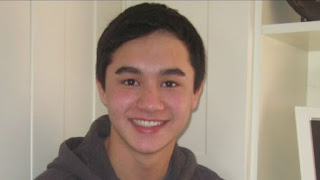 On the night of the 4/5th of December 2015 twenty year old Adrian Lynch disappeared in the Carrefour Selous area of St Lawrence Jersey. Adrian had attended a works Christmas party at the Merton Hotel. It is now 5 months to the day Adrian was reported missing, he is still missing, and the questions surrounding the police investigation continue to mount.

In our PREVIOUS POSTING we questioned the official line, in particular, the police's apparent theory that Adrian could have developed hypothermia (on a mild winter's night) sought shelter (from what exactly)? and found shelter in a place where nobody could find him including apparently highly trained sniffer dogs. To the vast majority of people we have spoken with, the official line of the States of Jersey Police is not believed. This could be that the police's media strategy is flawed and they are not getting their message across to the public adequately. It could also mean that it is a bungled investigation that lacks money, resources, and experienced officers for this type of investigation. It might also mean there is some type of cover-up. Whatever the case the official police line does not stack up.

With that in mind Team Voice is turning its attention towards the police and its investigation. We have accumulated a number of questions from members of the public/readers of this Blog and elsewhere to put to the police and others. The questions will, after publication on here, be e-mailed to the police, and media, in the hope that they will be answered. We will, of course, publish any answers we get.

Why have the police resisted an Island-wide search for Adrian? Why has the search been limited to such a small area on such a small island? Adrian could have been on the other side of the island within 15-20 minutes.

Have the specialy trained sniffer dogs been out searching for Adrian other than within the first two weeks? If not why not?

Can the police confirm, or otherwise, that ALL the drivers in the area of the night Adrian went missing have now come forward and have been eliminated as suspects?

We know, along with all States Departments, that the police's budget has been cut. Has there been financial constraints on the search for Adrian? Is it that the police simply can't afford to find/investigate the disappearance of Adrian? If so why doesn't the Home Affairs Minister ask the States for more money? From the Criminal Offences Confiscation fund for instance.

Has the North coast of Jersey been thoroughly searched by land, sea, and air? If not why not?

What are the Terms of Reference (TOR's) for the Adrian Lynch Investigation? What timescale, and budget, was it given? How much of that timescale and budget are left? 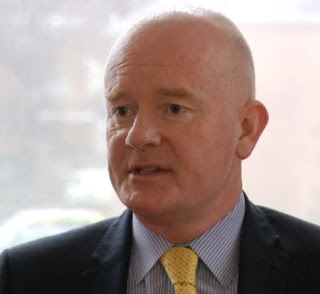 What experience/training does Detective Chief Inspector Lee Turner have in being Senior Investigating Officer in a missing person case?  What experience CAN he have? Cases like these are once in a generation (if that.) Should an outside expert in this field have been brought in from the start?

Are the police being reactive or proactive in this case? Are they looking for any leads or are they just waiting for them to land on their desks?

If Adrian’s surname was Bailhache, or Birt, would he still be missing and the case still unsolved?

Have the States of Jersey Police sought expert medical opinion on the probability of a young man of Adrian's age and condition becoming hypothermic given the prevailing weather conditions on the night he disappeared? Given the fact that every weekend night of the year, young locals survive an intoxicated walk home without harm, it seems at the very least surprising that the police have not issued a press release confirming that they have received expert medical advice that this is a plausible scenario. Vulnerability to hypothermia is presumably highly variable, so what would the probability be of a presumably healthy young male who has walked a considerable distance on a mild winter's night after consuming a few drinks? 1 in 1,000? 1 in 1 million?

What coherent explanation is there for Adrian discarding his belt and phone? If the working theory is that he was acting irrationally after becoming hypothermic,  is there any evidence that people with hypothermia are prone to discard such items? Is it possible that anybody who has developed hypothermia would have sufficient function in their fingers to be able to remove a belt?

It has been reported that this investigation has been externally/independently reviewed. Who was it reviewed by? It was also reported that a number of recommendations were made. Crucially what were these recommendations, do the police agree with them, and if so, have they been implemented? Is there another review planned, if so when? If not why not? 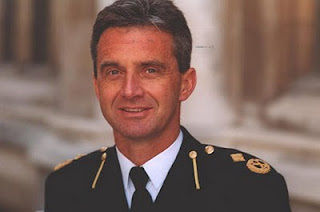 Given the high profile of the case will the Chief Officer, Mike Bowron, be making any personal comment?  Why hasn't he made any comment thus far? Will the Home Affairs Minister be making any personal comment?  Have the Police Authority asked for the Chief Officer to report to them on the matter?  Just who, apart from the Blogging community/Social Media is holding the force to account for its performance in this case?

Just who is holding who to account for this? What monitoring arrangements are in place and where does the buck stop? Where does the accountability start, or stop, with this investigation? Who's head will be on the chopping block should things go t1ts up?

Do the police know more than they are letting on? If so, then why try and peddle he hypothermia sketch? Why not give the public something more believable?

There has been much speculation involving Adrian's disappearance some of it credible and possibly useful, some of it not so much. Unfortunately this speculation will continue until plausible explanations/answers are given by the police.

Our thoughts are, and will continue to be, with Adrian's family who must be living a nightmare incomprehensible to most.

Posted by voiceforchildren at 07:11