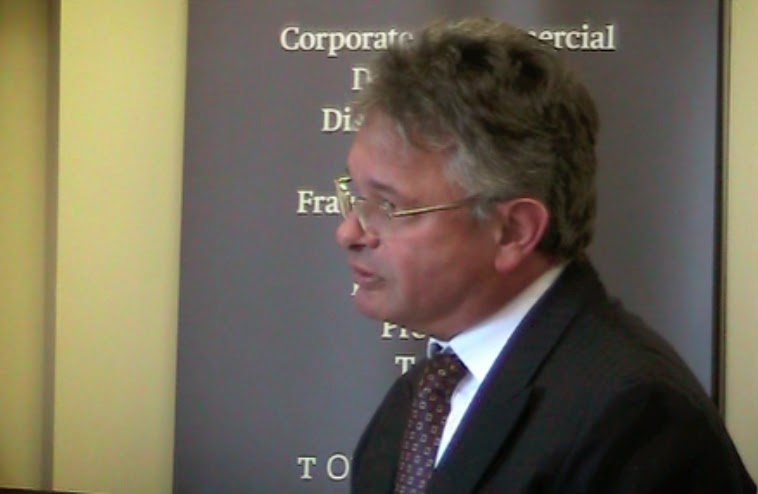 Further to Advocate Philip Sinel's recent PRESS RELEASE we have a two part in-depth interview (below), with Mr. Sinel, where he discusses the Press Release in more detail.

Advocate Sinel discusses the controversy surrounding his decision to give evidence in an American court, regarding the Bank of Cantrade scandal and subsequent complaint made by (now) Commissioner Julian Clyde Smith for doing so.

The coincidences of those who speak out against The Jersey Establishment/Jersey Way seem to become "accident prone" or find themselves "in the wrong place at the wrong time."

Asked why Advocate Sinel believes those in his profession who are, shall we say, "unhappy" with the Jersey Judicial system are not speaking out publicly he replies "they do not wish to join me in the dock." "They know what's going to happen if they start poking their heads above the parapet."

Has Advocate Sinel, like former Chief Police Officer Graham Power QPM, former DCO Lenny Harper, former Health Minster, Stuart Syvret, the Pitman's and a long list of others who have been critical of "The Jersey Way" become, like them, "accident prone" where he finds himself the subject of numerous professional complaints/prosecutions? Or is it time for Whitehall/London to fulfil its constitutional obligation and restore good governance and the Rule of Law in Jersey?

Posted by voiceforchildren at 07:25