The curious incident of William Bailhache in the night-time (and the daytime). 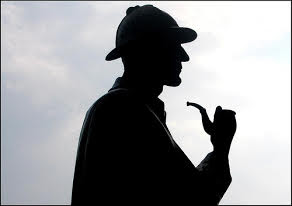 To begin this Blog Posting we thought that it might be a good idea to include a quote from the world’s most famous detective. Disappointingly, this is not Lenny Harper but Sherlock Holmes, whose conversation is reported as follows:

In this extract Holmes identifies the often ignored evidential significance of doing nothing. In a world, which seeks instant quotes and instant action the headline “man does nothing” is unlikely to sell many newspapers, but doing nothing can be very significant. It can allow the personwho does nothing to go unnoticed while those who did something become the focus of critical attention. Knowing about something and doing nothing is emerging as a significant feature as more of the truth about Jersey’s Child Abuse scandal unravels. 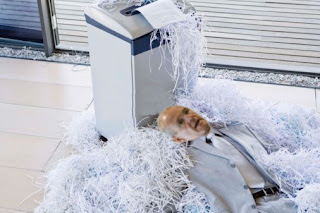 Now we turn to the most recent revelations regarding the role of the key players in the (possibly illegal) suspension of Jerseys Police Chief, Graham Power QPM, in 2008 in what many see as a direct government attempt to shut the lid on the Child Abuse Inquiry which was putting Jersey and its politicians under an unwelcome spotlight. Overseen by the then Chief Minister Frank Walker, the hapless Home Affairs Minister AndrewLewis supervised by Chief Executive Bill (Golden Handshake/Shredder) Ogley, suspended Jersey’s Police Chief, at the height of the Child Abuse Investigation, and did it, so it would appear, contrary to unambiguous legal advice from both then Solicitor General (Tim le Cocq) and the Attorney General William Bailhache. And let us not forget the background to all of this.

The Island’s force was investigating decades of Child Abuse carried out in institutions run by the Jersey Government and a range of sexual offences, which occurred elsewhere. Some of these offences were alleged to have been committed by people connected to those in government at that time. Questions about who in authority knew what and when were being asked daily. Never before had the force been in such an exposed position, investigating the very government to which it was accountable, and never before did it have greater need of the support and protection of the Crown and its officers. To their credit, when they learned that the Chief Minister and his inner circle were planning to suspend the Police Chief, in what many suspect was a blatant political attempt to bring the investigation to an end, the Law Officers advised them not to do it unless they were in possession of  the full Metropolitan  Police Report. Not the alleged "interim Report" and certainly not a letter from the Deputy Chief Officer and soon to be made Acting Police Chief David Warcup. It had to be the full Met Review which should be without qualifications or caveats. Legal advice does not come clearer than that yet that advice was ignored.

What has yet to emerge is who led the Law Officers to believe that a Review Report could be used for disciplinary purposes anyway? The Met should never allow that and they have said so. They have also dealt robustly with any claim that the report was critical (or to use Andrew Lewis' term "damming" of the Role of Chief Officer Power, DCO Lenny Harper, or anyone else involved with Operation Rectangle. in a separate Report OPERATION TUMA  they said: 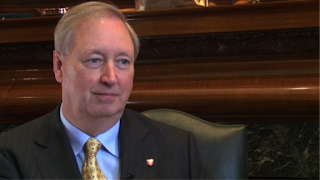 So what did Her Majesty’s Attorney General (William Bailhache) for Jersey do in the aftermath of this defiance of his advice and the blatant political intrusion of politicians into a criminal investigation in which they had a clear vested interest? Not a lot it appears.  Like the “dog in the night-time” he did nothing.  Or at least nothing positive that we know of.  But there are some things that we can be sure that he subsequently did or did not do. For example he provided legal support for the Jersey Government in resisting the Police Chiefs attempts to have his suspension reviewed in the Royal Court, and he is likely to have been party to a determination to ensure that the Police Chief was not provided with any representation for himself. He represented the Jersey Government in its attempts to withhold information on when the suspension notices were first prepared (which turned out to be several days before the alleged “evidence” in the Warcup Letter was received.) His actions in these matters were bad enough but his omissions were worse.

Over the past seven years at various times and places the politicians involved have been challenged and questioned on the grounds for the suspension and at every stage they have led us all to believe that they followed legal advice. We now know that they lied (by omission or otherwise). They lied to the public, they lied to the media and they lied in the Islands Parliament and William Bailhache heard what they said and did nothing.  When Brian Napier QC was appointed to conduct an independent review of the suspension it appears that Bailhache did not disclose the advice he had given to Frank Walker and Bill Ogley.

Why an independent QC investigating the suspension was not told that on the night before the suspension took place the Attorney General, no less, told the Ministers that they did not have the evidence required to go ahead is another mystery which is yet to fully unfold. 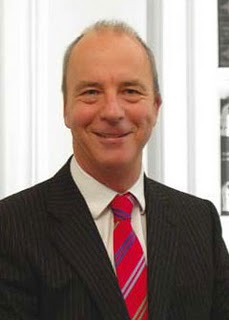 So what was this servant of the Crown (William Bailhache) actually thinking of during all of this? Was he perhaps thinking of the need to defend the integrity of the Criminal (in)Justice system from political intrusion? From what we know apparently not. Which leaves open the possibility of a nasty suspicion. Could it be that he was content to go along with the suspension and do his bit for preserving the reputation of the Island from the damage of the Abuse Investigation, so long he had the “insurance” of the legal advice in his back pocket in case things got really tough? We might never know. But what we do know is that it might be hard to trust him now (that is for anyone who trusted him in the first place.)

As Sherlock Holmes might have said; “it is the curious incident of William Bailhache doing nothing.”

Posted by voiceforchildren at 07:16