Be Careful what (who) You Wish for.


Now that the vote of no confidence against Chief Minister Senator Ian Gorst has been officially LODGED It's potential implications need to be examined and some pragmatic questions asked should it succeed.

So where does this leave us should the proposition be successful? As things stand NOBODY has put their name forward to replace the Chief Minister and 14 politicians have signed a proposition to get rid of him without knowing who his replacement might be. Some names have been banded around who might make a good/competent Chief Minister but none of these people have publicly declared they want the job.

Deputy of St. John Tracy Vallois' name has been mentioned a few times, not least by her Constable, that she could fill the Chief Minister's shoes. She has since ruled herself out of the running. Treasury Minister Senator Alan Maclean's name has also come up in the mix but he has not said anything publicly about it that we are aware of.

Another name that is strongly rumoured and there is a real possibility (he has previously ran for the post) that former Bailiff and current External Relations Minister Senator Philip Bailhache could put his name forward and has a good chance of winning the vote. He was asked on BBC Radio Jersey recently if he would stand for the position and would not give a categoric "NO." This only serves to strengthen the rumour and possibility of him putting his name forward.

Looking at this as an Anti Child Abuse Campaigner there could not be anything more concerning than the thought of senator Bailhache becoming our next Chief Minister. The former Attorney General and former Bailiff has consistently attempted to derail the Child Abuse Committee of Inquiry. He spoke against giving the Inquiry extra funding HERE. He stands accused of receiving a leaked witness statement and attempting to intimidate WITNESSES to the Inquiry, accusations he strongly denies.  He has employed what have been termed as "scare tactics" by indicating the Inquiry's cost could reach as much as £50m (it cost less than half that amount). Whilst Bailiff he gave an infamous speech at his Liberation Day address saying:

"All child abuse, wherever it happens, is scandalous, but it is the unjustified and remorseless denigration of Jersey and her people that is the real scandal".

A man who seems to believe that children being horrendously abused and tortured in the "care" of the States of Jersey, and elsewhere, is less scandalous than Jersey getting some bad press?

From the TRANSCRIPTS of the Jersey Child Abuse Committee of Inquiry. Senator Bailhache being questioned by Counsel to the Inquiry Patrick Sadd:

Q. Did you discuss the (Liberation Day) speech and the draft with anyone?

A. I usually used my family as a sounding board on these occasions. I find my children to be my most ferocious critics so I would have shared it in the family, but beyond that, no.

Q. Does your family include your brother William?

A. I think not on this occasion.

Q. So aside from your family you discussed it with no one else?

Q. Before making that speech, Sir Philip, the suggestion that damage to Jersey's reputation was "the real scandal" {WD009001/2}, did you consider the effect that this might have for instance first on those victims who had come forward to say they had been abused?

A. I think, Mr Sadd, I would have considered all the circumstances in the round. I can't -- I don't think I can say to you that I specifically identified the alleged victims as a group of people to be considered, (emphasis added) but I certainly would have viewed the matter in the round.(END)


Firstly he refers to the Victims/Survivors as "alleged" despite there being a number of convictions against abusers all be it a couple of Lambs thrown to the SLAUGHTER and indeed the numerous cases that weren't taken to a JERSEY COURT by, among others, Senator Bailhache's brother, former Attorney General and current Bailiff William Bailhache. Who has serious questions of his own to ANSWER.

Secondly he states:  "I don't think I can say to you that I specifically identified the alleged victims as a group of people to be considered,"

He is giving a political speech on a Liberation Day about Child Abuse and didn't consider the Victims/Survivors?

Then we come to his apparent desire for Jersey to break ties with the UK and become independent. Quoted in an ARTICLE (June 2012) by The Guardian Newspaper as saying:

"The island should be prepared to stand up for itself and should be ready to become independent if it were necessary in Jersey's interest to do so." 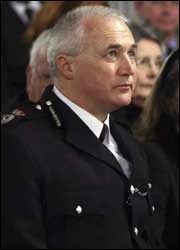 "Such views are not confined to the older elements of the honorary service. They can be found, albeit in a more developed form, in the senior levels of government and the legal establishment where some notable figures favour an eventual severance of links with the U.K. and would see the ready acceptance of U.K. working practices as running counter to this agenda. I recall that in 2007 I assisted a small working group which included, among others, the Bailiff Sir Philip Bailhache and the Attorney General William Bailhache. The purpose of the group was to prepare a draft contingency plan for complete independence. I submitted papers to the group on the implications for law enforcement, and used some contacts from my previous role to offer suggestions as to who outside of the island, could assist in developing such a plan. I provided contact details of key figures in the Scottish Government and Administration including the Scottish National Party. I recall that some of the advice and contacts I provided were in an email I sent, probably in July 2007. This and other experiences reinforced my understanding that there was a tide flowing against closer association with the U.K, and a strong local agenda to develop working models and solutions within the island."(END)

The Jersey Child Abuse Committee of Inquiry is due to publish its final report within weeks and it is anticipated that those in power at the time, both judicially and politically, are going to be heavily criticised.

Chief Minister Gorst has been a supporter of the Child Abuse Committee of Inquiry, firstly by voting for it to happen in the first place (Senator Bailhache was absent for the vote) and secondly for bringing the successful proposition to grant the Inquiry further funding. (Which Senator Bailhache spoke against but did not vote because of conflict.)

We don't know for sure that Senator Bailhache will throw his hat in the ring for the top job or indeed if he will achieve enough votes to get the job. What we are saying is that it's not worth the risk. (In our opinion)

Readers (including politicians) should seriously be considering what the implications could be of getting rid of Gorst. We are not saying that he is the perfect person for the job and that he hasn't got questions to answer concerning his leadership. What we are saying to politicians: You need to find out who might end up with the job if Gorst goes before you cast your vote. To readers/members of the public; don't lobby your States Member to get rid of Gorst until we know who his replacement might be. Be careful what (who) you wish for............................

Posted by voiceforchildren at 08:24