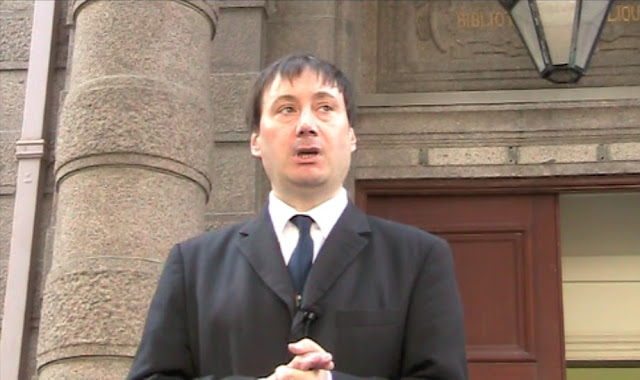 
Yesterday (6th November 2018) former Health Minister/Senator and whistle-blower Stuart Syvret gave a presentation to States Members during their lunch break at the States Building. Following the presentation VFC was granted an exclusive and in-depth interview with Mr. Syvret to discuss the contents of his presentation which was primarily concerning "The Jersey Situation" not to be confused with "The Jersey Way."

Regular readers/viewers will be well aware of the infamous "Jersey Way" but the "Jersey Situation" is a different animal and one which all should become familiar with (if they aren't already). It is explained in the interview/discussion and was explained to States Members yesterday and it is believed that some Members had their eyes opened and were very receptive to the message Mr. Syvret was conveying. Will it make any difference..........Can it make any difference? This too is discussed in the interview/discussion.

We make no apologies for the length of the video. In times gone by we might have split it into two or possibly three sections but with renewed outside interest in "The Jersey Way" and indeed "The Jersey Situation" we want to make it easier for researchers (and ourselves) to be able to access this vital/crucial information and research as easy as possible. We know that those who matter will watch every second of the video, and those who don't, don't matter.

We hope those who do watch the video in its entirety will be given pause for thought and have their eyes opened as to what is still able to happen on our island because of "The Jersey Situation" and might be inspired to join the cause and speak out against it.

Again, in times gone by, we would have written, in the main Blog Posting, about the contents of the video/interview/discussion but, as mentioned in the above paragraph, those with the real interest will watch it,  not need to be told what is in it, and be able to make a reasonable conclusion based on the evidence.

We thank Mr. Syvret, not only for this interview/discussion, but for continuing to stand up for what is right despite the threats, death threats and intimidation he has received, and continues to receive, for being an anti-Child Abuse/corruption campaigner.

Posted by voiceforchildren at 18:32