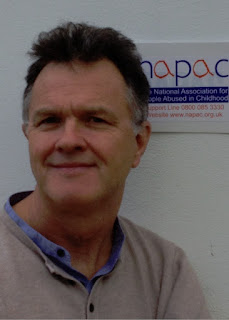 Surprising as it may seem if you work with children (in England, Wales Scotland) and see one of your charges being abused or even raped, you might think you and your employer had a legal obligation to report it to the authorities. Not so. There is no legal requirement on anyone working with minors to report allegations or witnessed abuse of a child, including rape, to either the Local Authority Designated Officer  LADO / Social Services, or the police. This situation is just as relevant to you living in Jersey.

Legislation is urgently needed which requires staff in faith groups, national sports bodies and clubs, schools and all similar institutions, which are defined in England as ‘Regulated Activities,’ to inform the LADO (or Children’s Services in Jersey) of all concerns, allegations and incidents of abuse so that experienced and ‘independent’ assessment of referrals can occur to ensure perpetrators are stopped as soon as possible. A volunteer member of our charity who has lived on an island with a smaller population than Jersey suggests that special arrangements would be needed to ensure ‘independent’ assessment of incidents.

• Mandatory reporting of allegations and concerns addresses the distorting factors in what can appear to be complex situations. A headteacher or a bishop might wish to protect his colleague’s or church’s reputation but if he risks a criminal conviction and a hefty fine by so doing then he will think it a poor exchange.

• Under a system of mandatory reporting, staff in schools or hospitals who suspect abuse would have no choice but to report or face prosecution. This means every employee is better protected from blame. Being faced with a conviction, prison or a fine cuts across friendship or loyalty to an institution, and there is no doubt where duty lies.

• A criminal sanction for failure to report also removes any perceived need to weigh up whether the concerns reported are serious enough, or who to believe before having to decide what to do: the person reporting is freed from having to make complex judgements about who is telling the truth.

Too often the decision is made to cover up and/or minimise wrong doing including any abuse of power perpetrated by officers and staff of the Regulated Activity. This is true for failures in schools such as Hillside First School Weston Super Mare and churches including the Diocese of Chichester and the Archdiocese of Birmingham, Local Authority children’s services such as Rochdale, Haringey, North Wales, and public service institutions such as the BBC and the NHS which also have questions to answer as the Savile inquiries continue to reveal.

Failing to refer in the Republic is now an offence which carries a tariff of up to five years imprisonment. The new law will positively impact the culture of safeguarding in all institutional settings in Ireland.

In England (Wales, Scotland, and Jersey) children are on their own and have no legal right to expect the LADO (or other agency) to be informed of their suspected or discovered abuse. The present situation is not working and the Government shows no sign of recognising these shortcomings.

This has prompted NAPAC and four further charities to start a petition @MandateNow calling on Mr Gove to introduce legislation. How hard is it to see that all too often institutions put their own interests before those of children when abuse is suspected or discovered within? To change this culture of concealment and deception the only option is legislation.


Come and join us by signing the petition now - Click HERE.


Or in 30 years time this will still be happening.

Posted by voiceforchildren at 10:49