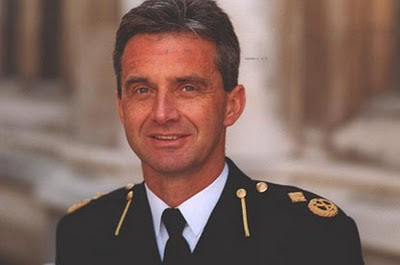 We at “The Voice" do not have the resources of the “accredited” Media. We cannot check stories out in the way that they can. However we do get supplied with a fair bit of information from people who admire what we are doing on behalf of the ordinary people of this Island.

Most of the information we receive is true, some isn’t. We just have to try and deal with the information as honestly as we can with the very limited resources we have. Below is a story about some information which we have received. From our research it would appear to be accurate, it came from a source, shall we say, close to the Chief Minister's Department. The same person, (whose correct identity we don’t even know), contacts us under a codename (very cloak and dagger stuff). They have always been right in the past. We do not know if their information is always accurate, but we do carry out research before publishing, or “go to press” as the “accredited” media would say!

Before we go further it is only right that we should acknowledge that not everyone who works for the government is a pawn in their game. Many are appalled by what is going on and some are brave enough to risk their jobs, pensions and mortgages to expose the truth. They are the unsung heroes of the public sector. Remember them next time you are tempted to condemn everyone who works for the States, there are some very “good apples” and we at Team Voice appreciate their work and courage.

Here is the information we have been given. We reproduce it as it was handed to us. Time might tell whether it is correct or whether we are being fed a false line.

Whether true or false the very existence of the story among the inner circles of government is an insight into how things work in this island.

Long before the final version of the Napier report was presented, key players were given an indication of its contents. The "powers that be" quickly concluded that David Warcup’s position as Acting Chief Officer and the next Chief Officer of the Force was untenable. So plans were made to secure his release under a "cover story" that he was leaving due to the activities of "nasty bloggers" and “hostile Politicians”.


So Napier was delayed until after August 2010, but why that date?? Because that was the date by which WARCUP would have achieved two years service in the Force and thereby qualified for a public sector pension based on his final salary (that of course being the Chief Officers Salary due to his Acting role.) But before resigning he had already lined up his chosen successor in collusion with the Minister for Home Affairs. That person was Mike Bowron, Commissioner of the City of London Police.

On the face of it that seems an implausible choice. The Commissioners post in the City is high status and high profile. It is also very well paid. Alas for the incumbents it is also of a fixed term which means that if another job has not been found before the end of the contract then the post holder has to retire. Unless of course they can have it both ways!!

Because Jersey is outside of the UK policing system it is possible for UK candidates to retire on pension in the UK and take up a Chief Officers Post in Jersey.

Whether he/she is right or wrong our insider gave the name of BOWRON as the next Chief before the selection process even started!!

Of course, in order to appear to be playing fair, the position was advertised and a number of people applied. Although our source tells us that once they had got wind of the real agenda a number of applicants pulled out in disgust. In any event, a "selection process" took place and we’re told that, to nobody’s surprise, BOWRON was "The Chosen One."

All of the above might or might not be true. But what we know to be absolutely true is that the "in crowd" are awash with the story. Will our source be right or will there be a surprise?? We will know soon enough.

But then again if this information turns out to be wrong it can only be a "Procedural error"……………eh Terry?