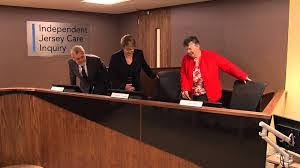 On the 25th September 2019 we published PART ONE of our series concerning the Independent Jersey Care Inquiry's (IJCI) second damming REPORT into the "care" of children in Jersey. In our previous posting we said:

"In the coming weeks we intend on publishing excerpts of the Report which we think will be of interest to our readers/viewers."

Below is that interview, and among other topics, we discuss the two paragraphs, from the IJCI second report and they are: 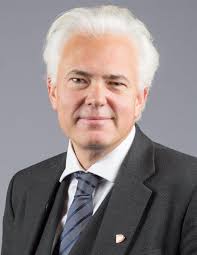 18  "There are two aspects of the new Children’s Commissioner legislation which cause us concern. First, it is essential that the Commissioner should have access to all documentation she requires in pursuit of any inquiry. Amendments to the legislation allowed legal advice given by the Law Officers Department to be withheld from the Commissioner, albeit with a provision that the Attorney General could make such advice available if he believed it to be in the public interest, having first applied a public interest test. Whilst we fully understand the importance of the convention that legal advice is not disclosed, we consider that, in setting the arrangement as it now stands, there is a real likelihood of suspicion being generated that critical matters are being covered up and that the “Jersey Way” is being perpetuated. We will come back to the “Jersey Way” later, but suffice to say, arrangements which could be seen to perpetuate this undermining belief should be avoided. To that end, we recommend that the presumption by the Law Officers Department should be framed to indicate that relevant legal advice will be made available to the Commissioner and withheld only where a public interest test is met for non-disclosure. This would symbolise a willingness to be open and transparent in most circumstances, since we believe that there should be few circumstances where it would not be appropriate to let the Commissioner have sight of legal advice, given the very direct impact such advice can have on the long-term outcome for a child." 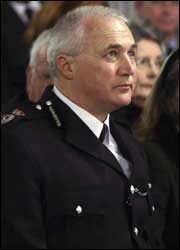 21 "Whilst we would hope that it never becomes necessary to remove a Children’s Commissioner from post, it is nonetheless vital that robust arrangements are in place should the need arise. This is important for the protection of the office but also for the protection of the Commissioner, so that she can undertake her duties without fear of repercussions. The current provision in legislation for ending the appointment of a commissioner is for the Chief Minister and the President of the Chairmen’s Committee to bring forward a proposal to that effect, which would be presented to a sitting of the States Assembly held in-camera. Whilst the Commissioner would have a right to make written representations to the Assembly, we consider it essential that she should be entitled to make representations in person during the in-camera session. We accept that on matters of this nature, regard must be given to protecting the privacy of the Commissioner, hence the need for proceedings to take place in a private session. We consider the Commissioner should also have the right to waive that facility in favour of an open public consideration. Our concern here is to ensure that circumstances, similar to those which pertained at the time of the removal from office of the former Chief Officer of Police, are not replicated. Jersey must demonstrate that it will deal with such a matter in ways which will evidence fairness and as much transparency as possible. We therefore recommend that in reviewing the law, consideration be given to achieving the objective of fully demonstrable fairness in any proceedings to remove a Children’s Commissioner from office."

Readers/viewers will note from the above two paragraphs that "The Jersey Way" remains prevalent which is mentioned further in the report and we will look to explore in more detail as part of this series.

Regular readers/viewers will also know that following the (possibly illegal) suspension of the former Police Chief, the then Home Affairs Minister, Ian Le Marquand, possibly broke the law by publishing a redacted version of the prosecution case made against the former Chief Police Officer. Indeed he went on a media roadshow with it and conducted his own KANGAROO COURT with it. Graham Power subsequently wrote his interim DEFENCE CASE to the Wiltshire Constabulary's prosecution case which Ian Le Marquand refused to publish. It was then leaked to The BBC, who along with the rest of the Old Media, had been broadcasting/publishing parts of the prosecution case, but despite being leaked the defence case decided to BURY IT. It was subsequently leaked to the rest of the Island's Old Media who too decided to bury it. The prosecution case is published on the States of Jersey website and STILL the defence case is only published on THIS BLOG. To this day NONE of the local Old Media (to the best of our knowledge) have reported a single word of it. Equally as unjust the defence case does NOT sit alongside the prosecution case on the States website.

During the interview with the Chief Minister/Children's Minister (below) I reminded the Chief Minister that the last time WE SPOKE  (over a year ago) he said he would "look in to it" (the injustice of having the prosecution case on the State website and not the defence case) and would "get back to me." He hadn't/hasn't got back to me. He has once more assured me that he "will look into it."

As mentioned in the video interview; are we just rearranging the deckchairs on the Titanic? The way Jersey is constructed, and particularly the many hats worn by the (conflicted) Attorney General's Office, is the biggest problem? No matter what avenues one goes down they all seem to lead to the door of the AG. This too is discussed in the video interview. We/regular readers will know that not all  (if any) AG's have been as acquainted with the truth as one would HOPE.

The fact that the AG's Office seek to withhold legal advice from the Children's commissioner is
(or could be seen as) The Jersey Way. Similarly the secretive way the Children's Commissioner can be gotten rid of is (or can be seen as) The Jersey Way. Readers/viewers, after watching the interview, will have to make up their mind as to whether assurances/answers given by the Chief Minister, and Children's Minister, are enough to keep today's/tomorrow's children, and whistleblowers, safe?

As we did, in PART ONE of this series, we asked the Chief Minister and Children's Minister if all the positive parts of the damming REPORT were overshadowed by a (distraught) lady making (at the IJCI presentation) "a number of allegations against Children's Services/Social Workers and the "care" of children, by the State, in General. Claiming continued cover-ups, being stonewalled and her child(ren), along with herself being failed by a system that's trying to protect itself." 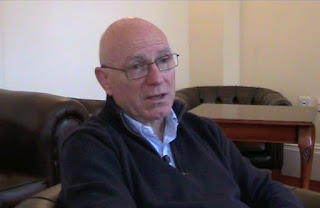 We are aware that due to the intervention of Deputy Mike Higgins that the lady's case is (finally) being looked at. This is a case that we might return to on the Blog but things do look to be going in a more positive direction than what they were.

On a slightly more positive note we (VFC/Bloggers/New Media) are pleased for the recognition, and SUPPORT, of the IJCI and we are also pleased to have that same support (mentioned in video interview) from the Chief Minister and Children's Minister who we thank for this interview.

Posted by voiceforchildren at 11:31